A project development group including PPG, Mactac, Meyer Werft/ND Coatings, VertiDrive and Hamburg Ship Model Basin HSVA are currently working together to establish an automatic application process for allowing an innovative self-adhesive/fouling release film to be used on commercial sea-going vessels. This process will allow shipowners and operators to enjoy the superior fouling release properties and drag reduction capabilities of the PPG SIGMAGLIDE® self-adhesive film. 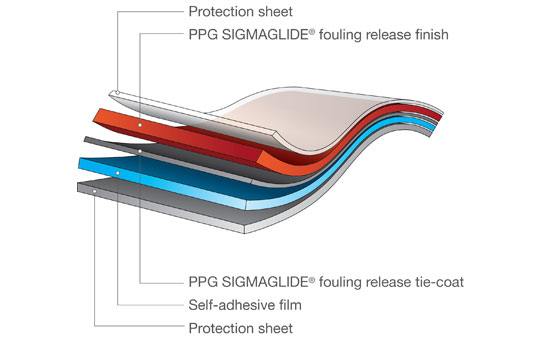 "The eSHaRk (eco-friendly Ship Hull film system with fouling Release and fuel saving properties) project aims to bring to the market a fouling protection technology which not only maintains the current state-of-the-art fouling protection standards but is superior to existing paint-based solutions in terms of eco friendliness, easiness of application, robustness and drag reduction effects, all of which will lead to fuel savings and the reduction of GHG emissions."

The system incorporates a fine-tuned fouling release system, based on PPG's premium 100 percent silicone binder technology, and a self-adhesive film specially designed by Mactac for underwater use.

As part of the eSHaRk project, new, robotized application technology is being developed by VertiDrive which will be used to apply the film on large commercial vessels in an automated way. Furthermore, the surface morphology of the film will be optimized to enhance drag reduction, fuel savings and emissions reduction benefits to a level previously unattainable.

After extensive laboratory testing, including flow channel drag reduction experiments conducted in a state of the art flow channel at HSVA, several small scale in practice applications have been successfully conducted and PPG is now looking for full scale testing and validation in operational conditions before market entry with the support of ND Coatings/Meyer Werft.

The number of trial applications is continuously growing and the advantages of the system are being clearly demonstrated. To date, the film system is offering clear advantages at newbuild stage. These advantages can be grouped under two categories:

Going forward, both the number of trials, as well as the size of trial vessels will be increased in order to validate the system thoroughly prior to full scale commercial launch. This validation phase will confirm the benefits for the ship operator in terms of fuel consumption and greenhouse gas emission reduction.

"Fouling is a constant challenge for the shipping industry. A number of fouling protection technologies currently exist, the most widely used being spray-on anti-fouling and fouling release coatings. However, these solutions face a number of challenges concerning their environmental impact, the efficiency of their application on ship hulls, and their effectiveness in protecting vessels against fouling."

"The eSHaRk solution is expected to have superior drag reduction properties compared with existing anti-fouling and fouling release technologies (up to 10% drag reduction as compared to currently available maximum 5%). This new film-based technology thus has the potential to set a new standard in the market for fouling protection products." 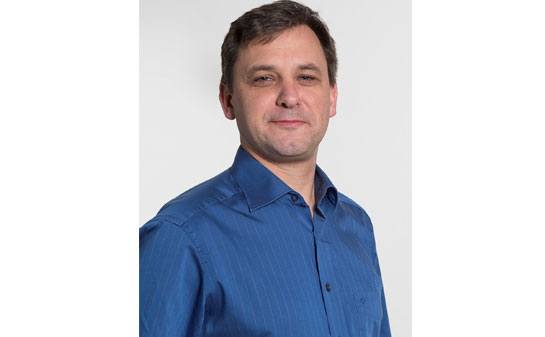 The PPG SIGMAGLIDE fouling release film solution under development within the eSHaRk project has a targeted launch date of 2018.